Legendary Langkawi, crowned with majestic marbled mountains and steeped in local folklore, forms a cluster of tropical islands in the Andaman Sea. Part of the northern state of Kedah, this archipelago of 99 islands lies 30 kilometres off the west coast of Peninsular Malaysia, close to the border with Thailand.

Now a UNESCO Geopark, Langkawi enjoys duty free status and is one of Malaysia’s most popular tourist destinations.

Langkawi offers the best of island living. Its breathtaking natural beauty veers between primeval rainforests, verdant mangroves, vertiginous limestone cliffs and of course, the many tempting beaches and bays it has become famous for. The island is a quiet, uncomplicated place where, until recently, it was said the water buffalo outnumbered the local population.

The location of the 99 East development is on a prime piece of sea front real estate within easy reach of the airport, the main town of Kuah and the ferry terminal, several marinas and many of the island’s stunning beaches, including Pantai Tengah and Pantai Cenang.

ORIGIN OF THE ISLAND’S NAME

The name Langkawi is a combination of “Lang” and “Kawi”. “Lang” comes from the Malay word helang meaning eagle and Kawi means red or brown. Langkawi is home to innumerable brown sea eagles (helang Kawi), which have come to symbolise the island.

Life in Langkawi has the wonderful attraction of combining a first class infrastructure, from the airport to its roads and marinas, with a quiet, unspoilt character. Just 65,000 people inhabit this island, itself just 20 square miles smaller than Singapore, enjoying its breathtaking natural beauty.

Cloaked in rainforest over 100 million years old and enveloped by the emerald waters of the Andaman Sea, Langkawi has much more to offer than the white sandy beaches it is famous for.

Langkawi was accorded Geopark status by UNESCO in 2007, in recognition of its unspoilt ‘geological and ecological value’. Langkawi has coral dive sites, mangrove tours and some of the best sailing waters in South East Asia (see below).

The cable car to the peak of Mat Cincang features one of the world’s steepest ascents. Recreational activities are varied and include three 18 hole golf courses, one being 99 East. For those looking for a real taste of Malaysia, Langkawi offers the kampung (village) life noted for the friendliness of the people and the variety of the food.

The waters around Langkawi offer some of the best sailing conditions in South East Asia. With four world class marinas, Langkawi is well established as a sailing destination, with its own international event, the Royal Langkawi Regatta, being the highlight of the year.

Throughout the cruising area there are many beautiful resorts, stunning beaches and bays all around Langkawi’s 99 islands. For a sailors’ hideaway, sail the river between two towering pillars to The Hole in the Wall situated on the rock mangroves of the northern cape. This eight to ten metre channel running between Langkawi and Pulo Langgun is a breathtaking sight.

Alternatively, sail across the border to the Thai islands both north and west of Langkawi, many protected as marine parks, and experience the crystal clear water, coral reefs and the many thousands of colourful fish that feed off them.

The winds vary all year-round from 5 to 20 knots. The seas are generally flatter from November to April with the north-east monsoon blowing off the land. Between May and October, the south-west winds pick up, though sailing is still sheltered in most of the cruising area. The area is tidal with a range of approximately 2 to 3 metres.

Langkawi boasts some of the finest coral reefs as well as myriad exotic flora and fauna. Brown eagles, water lizards and curious monkeys are just some of the wildlife you are sure to encounter on any given day.

Hand feeding brown eagles with chicken skins puts you right in the centre of your own wildlife documentary. Mangroves, rainforests and jungles provide a natural haven for more than 90 species of birds including hornbill, kingfisher, drongo, woodpecker and kite.

Sailing in Langkawi poses few practical hazards as the region is not greatly tidal and the muddy bottom of the emerald sea ensures solid anchorages and peace of mind. While there are plenty of places to see, the region’s cruising ground is small enough to ensure a safe haven is never far away should inclement weather conditions disturb your sail.

The NE monsoon, from November to April, generally produces wind speeds of force 2 to 5 from the North East. The winds are quite light during this period and temperatures are stable, usually in the region of 30’C. Water temperature is almost constant, between 26 and 29’C.

It is consistently dry and sunny, with ideal winds for sailing and the seas are generally flat. This time of year offers fantastic conditions for yacht charters throughout the region and Langkawi in this period is a popular sailing destination.

The SW monsoon takes place from May to October with winds force 2 to 6, from the South West. There is more wind during this season, improving the conditions for sailing. Heavy squalls, torrential rain and gusts of up to 50 knots can be experienced, but these storms are usually short lived and land is rarely too far away.

For properties in Langkawi outside of 99east we recommend visiting our verified real estate partner Zerin Properties at www.langkawirealestate.com 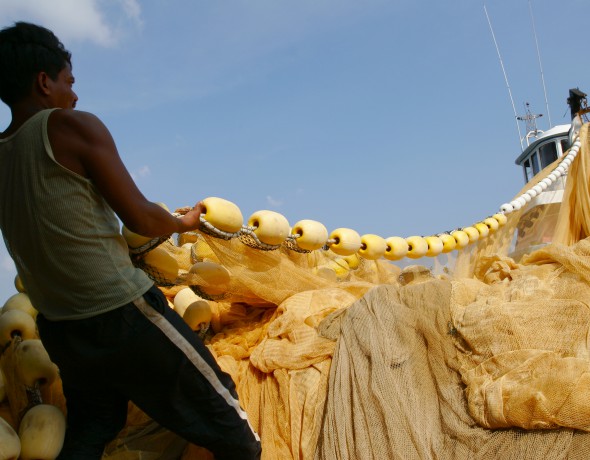